Maryam Nawaz Video is About To Leak, "I have seen that video" - Imran Riaz claims


The slumdog princess: How the descendant of the Indian Moghul rulers who built the Taj Mahal now lives in desperate poverty

-> Sultana Begum, 60, married the great-grandson of Bahadur Shah Zafar
-> After ruling India for 300 years, he was overthrown by Britain in 1857
-> Descendants of the last Mughal emperor survive on a pension of £60
-> Their home is a two-room hut in a bleak shantytown in Kolkatta

Her ancestors would have lived in luxurious palaces while they ruled over a vast and wealthy empire.
But Sultana Begum's lifestyle is a far cry from the conditions enjoyed by the rulers of the Mughal empire.
She is confined to life in a slum on the outskirts of Kolkatta (once known as Calcutta).
The 60-year-old is the great grand daughter-in-law of the last emperor of India, Bahadur Shah Zafar, and struggles to make ends meet on a basic pension, despite her royal heritage. 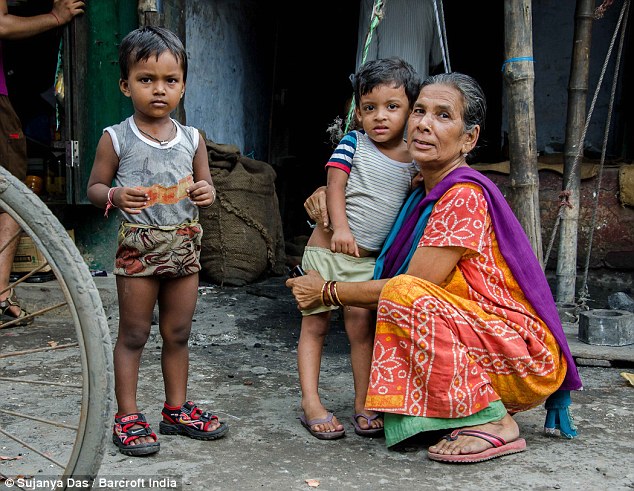 Destitute: Her relatives once ruled over a mighty empire, but now she barely has enough money to look after her family of her six children, five daughters and one son 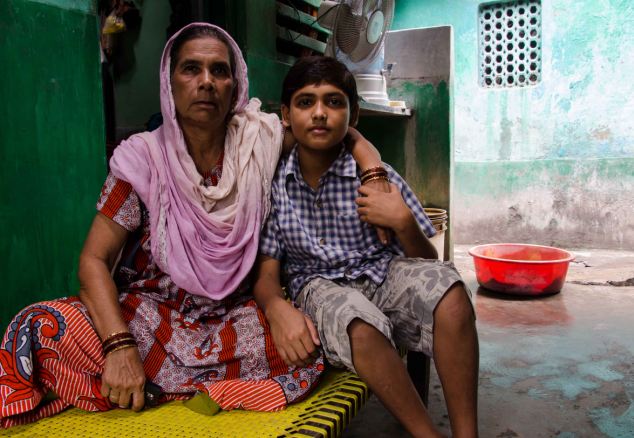 Family: Sultana Begum is seen with her Grandson Muhammed Jejan in West Bengal, India. She receives a sultry £60 a month as part of a pension 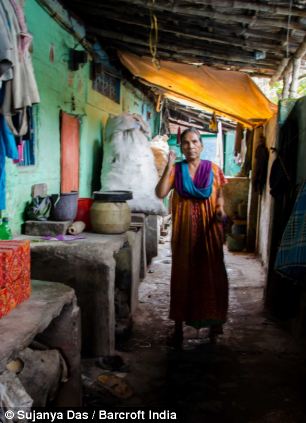 Ever since the death of her husband Prince Mirza Bedar Bukht in 1980, Sultana has descended into a life of poverty.
The Mughal heiress is forced to live in a tiny two-room hut in Howrah, a slum area of Kolkatta. She shares a kitchen with her neighbours and washes in the street using water from public taps.
Despite evidence that she is related to the 19th century royal family, Sultana goes about her daily life on a basic pension of just £60 a month.
Sultana, who lives with her only unmarried daughter, Madhu Begum, said: 'We have been living, but God knows how.
'My other daughters and their husbands are poor people, they barely survive themselves so cannot help us.'
She receives £60 (6,000 rupees) a month as part of her pension, which covers herself and her six children, five daughters and one son.
In recent years her plight has been highlighted by a number of campaigners, who lobbied authorities to provide more care for India's royal descendants, many of whom were left with nothing after British rule ended the Mughal dynasty.
The Mughal dynasty from which Sultana is descended contributed a vast architectural legacy to the Indian sub-continent throughout the 16th, 17th and 18th centuries.
The Taj Mahal is one of the finest examples of monuments built by the Muslim emperors but the Mughals also built the Red Fort, the Agra Fort and the Lahore Shalimar Gardens most of which are now UNESCO world heritage sites.
But Sultana has spent years petitioning central and state governments to help her with basic living arrangements and a pension.
To date the government has provided a job for her grand-daughter Roshan Ara, who receives a salary of £150.
But many other family members, who are illiterate, failed basic government tests when offered jobs.
Instead, Sultana spent years running a small tea hut, before it was shut down and she turned her attentions to producing ladies clothing.
Sultana added: 'I am grateful there are some who have come forward to help me.
'My husband, the late Muhammad Bedar Bakht who was the son of Jamshid Bakht and grandson of Jawan Bakht, used to tell me that we come from respectable royal families who never begged for a living.
'I have always asked governments to provide me what my family deserves.'
Emperor Bahadur Shah Zafar, the great-grandfather of Sultana's husband, was placed on the throne in 1837. He was the last of the Mughal emperors who ruled India for three centuries.
In 1857, when Indian soldiers unified and mutinied against their British masters, Bahadur Shah Zafar was declared their commander-in-chief.
But when the uprising was crushed by the British in 1858, he was exiled to Rangoon, where he lived for five years until his death at at the age of 87. 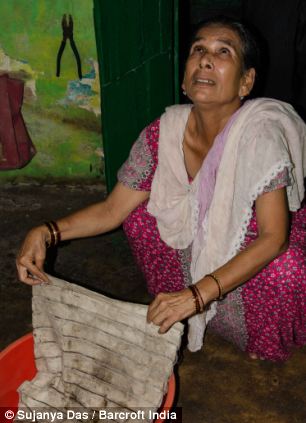 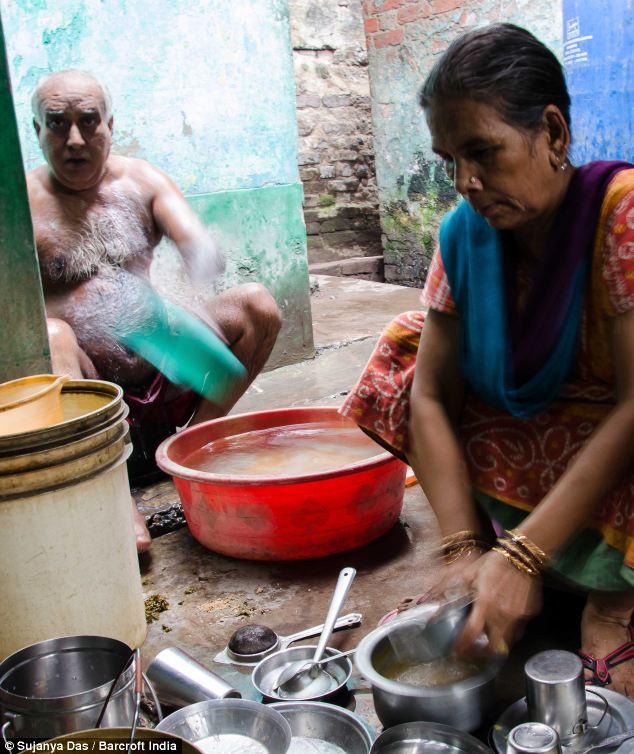 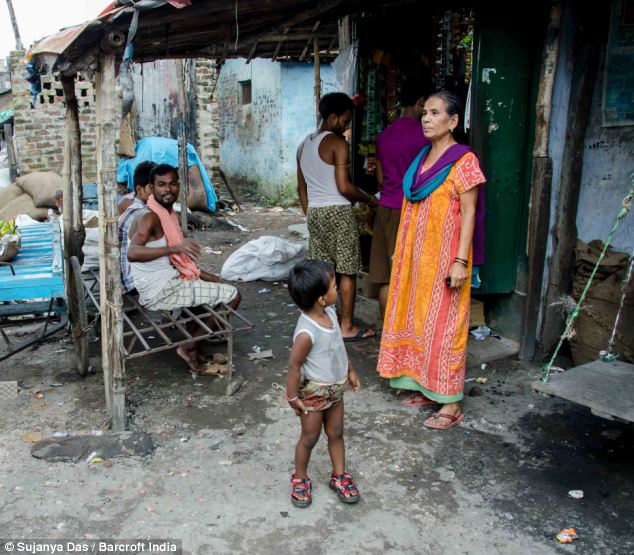 Profits: Sultana Begum tried to raise her income by running a tea stall and selling traditional female garments such as Salwar suits 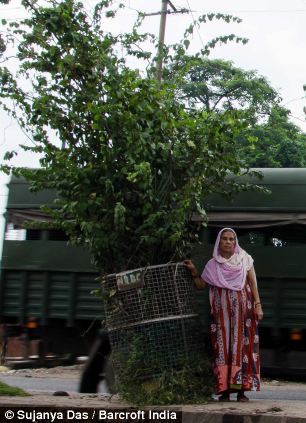 Career: Sultana Begum is pictured (right) hanging onto a tree at the side of the busy Howrah Road where she used have a tea stall and (left) she is sewing Indian dresses to earn extra income

Zafar was accompanied into exile by his wife, Zeenat Mahal, and some of the remaining members of the family.
He died in exile on 7 November 1862 in Rangoon, which is now Yangon, the capital of Burma. and was buried at the site that later became known as Bahadur Shah Zafar Dargah.
In 1991, during a restoration exercise the original brick-lined grave was discovered and he was honoured as a saint by local Burmese Muslims.

His wife Zeenat Mahal, who died in 1886, and granddaughter Raunaq Zamani are buried alongside him.
Although many of Bahadur Shah's children and grandchildren were killed in the aftermath of the failed Indian Rebellion of 1857, descendants of his surviving children live in Detroit Michigan in the United States as well as in various locations in India and Pakistan. 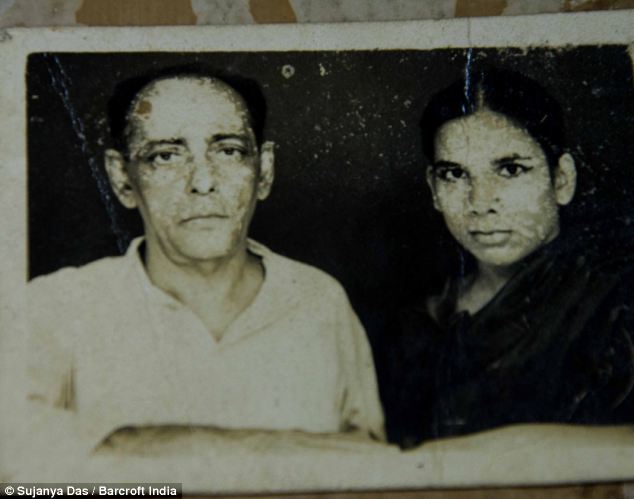 Struggling: Ever since the death of her husband, Prince Mirza Bedar Bukht, Sultana has struggled to make ends meet 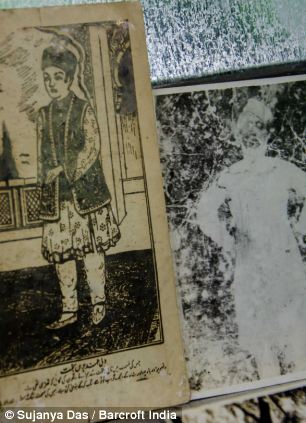 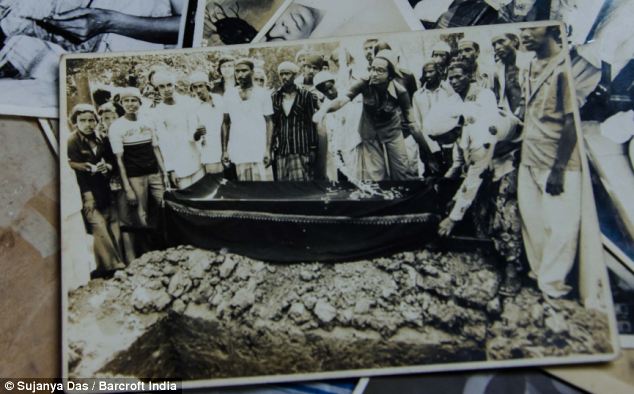 Funeral: Muhammed Bedar Bukht, husband of Sultana Begum and the grandson of Emperor Bahadur Shah Zafar being buried after his death in West Bengal, India

The Mughal Empire originated in Persia and was the dominant power in the Indian subcontinent between the mid-16th century and the early 18th century.
At its highest point, it ruled around a quarter of the world's population.
The Indian economy remained prosperous under the Mughals, because of the creation of a road system and a uniform currency, together with the unification of the country.
Cities and towns boomed under the Mughals; however, for the most part, they were military and political centres, not dedicated to commerce or industry. 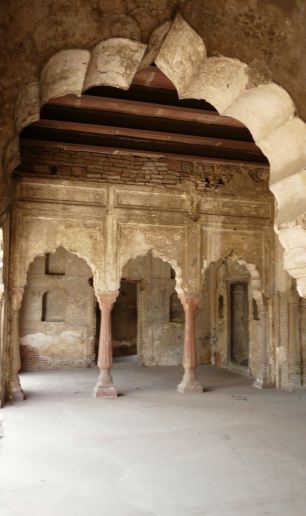 Palace: The stunning interior (left) of Zafar Mahal where the last emperor of India would have lived before he was exiled and the exterior (right) which has now been surrounded by Delhi 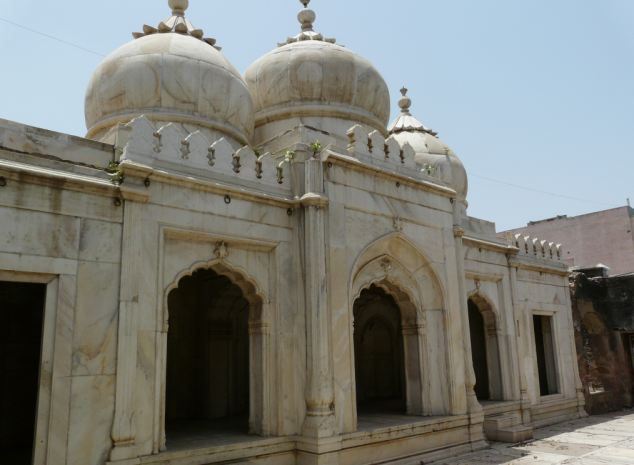 Architecture: The Mosque built next to the Zafar Mahal in Delhi which Mughal emperors used for private prayer 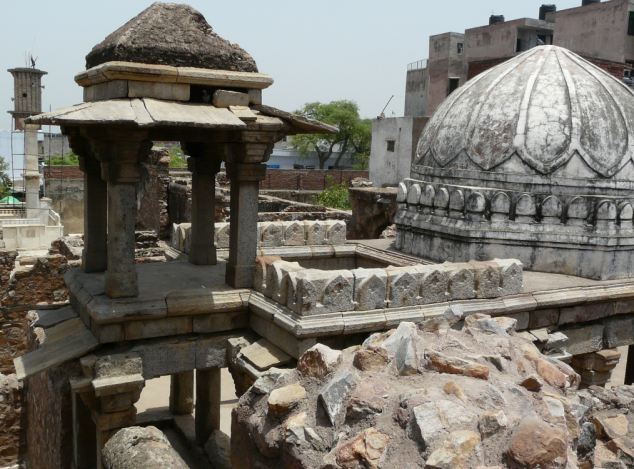 Remains: The rooftops of the Zafar Mahal in Delhi which would have housed emperor who ruled the Mughal dynasty 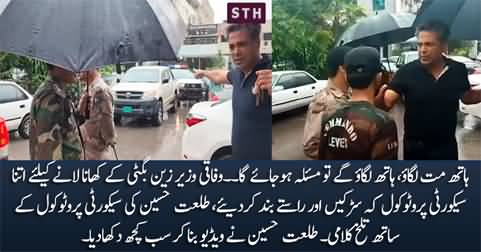 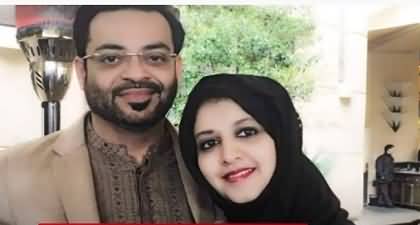 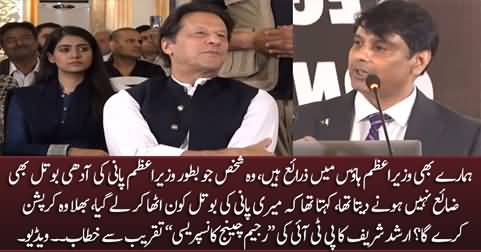 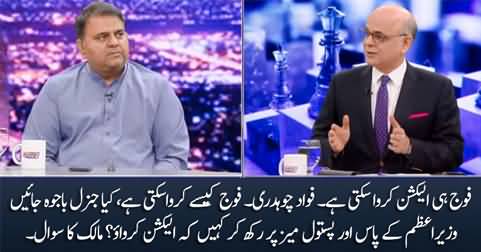 Should Gen Bajwa go to PM house with a gun and ask Shahbaz to hold elections? Malick asks Fawad Chaudhry 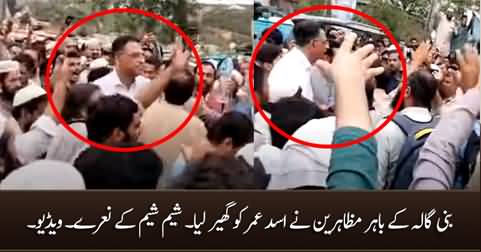 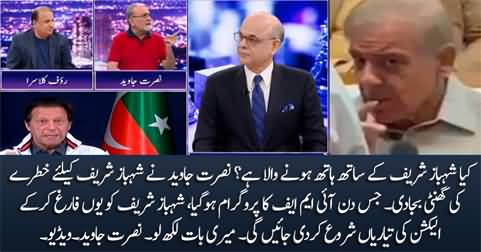 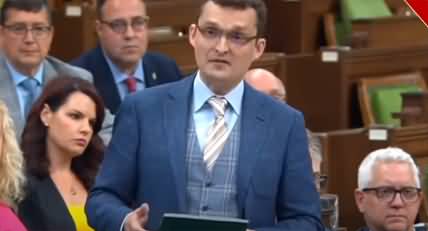 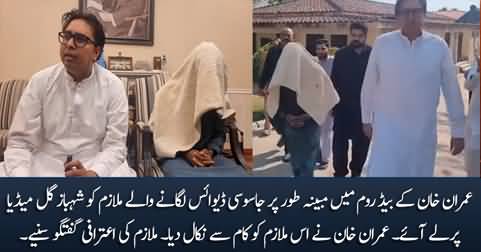 Najam Sethi's response on his viral picture with Nawaz Sharif